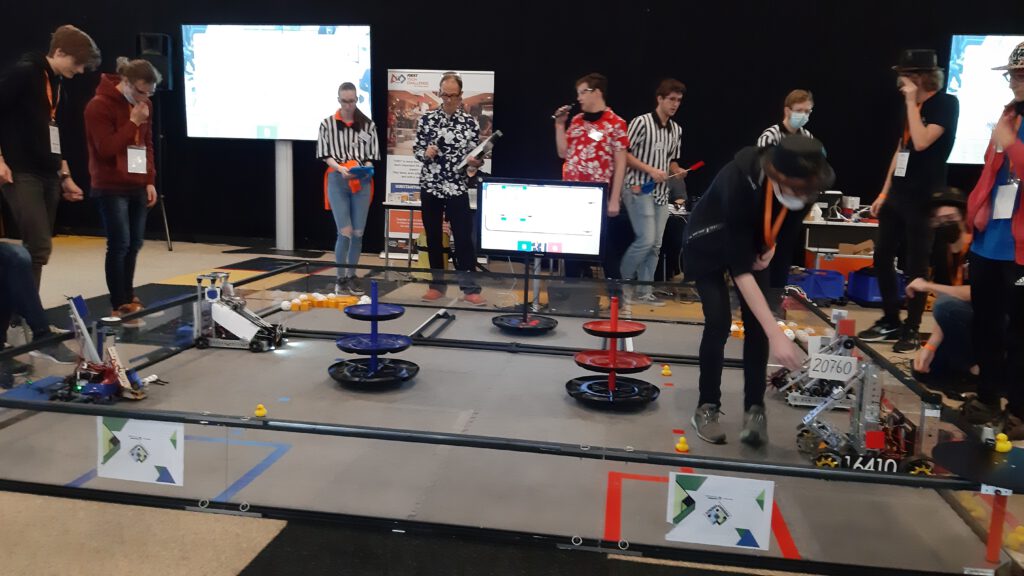 So Saturday was our first League Meet. We had to drive with two cars, so we met at our school at 7.30 a.m. At 09.00 a.m. the League Meet would start in Lijm&Cultuur at the Technical University in Delft. When we arrived, everyone got checked by checking the Corona app. After we went inside, we went to our pit, where we placed our tools, food and banners, and of course the robot. 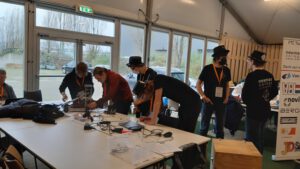 Setting up our pit 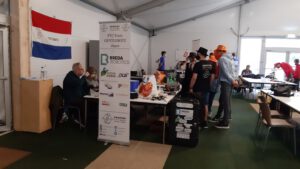 Then we called our team member Finn, it was his birthday and we surprised him by singing Happy Birthday for him, just when we started to sing, everyone in the hall sang along and applauded for Finn, which was very cool.

Next, we had the robot inspection. Bas, a referee from FTC Netherlands, inspected our robot. He placed the square box over the robot to see if it was within the limits of the measurements. Luckily, we passed both the robot and field inspection, so we were allowed to join the games.

Then it was time for our first game…. we had to play 6 games. Even though we had to start in the very first game of the day, we did very well and won our first game! We unfortunately also lost 2 games, one of them our alliance partner lost one of their wheels and couldn’t drive anymore, but luckily we were still able to coordinate well to still score a lot of points. Our last game went very well, where we scored 154 points, which is our personal best so far!

We ended up in 2nd place of both today, and the current national rankings of both the first and second league meets! So it’s looking very promising for the Dutch Championship next year.

It was a great day, we had lots of candy and food to share with everyone, we helped out other teams with material, such as tape, elastic bands, collar clamps, and tips. Unfortunately, we weren’t able to recognize our team marker during autonomous yet, which we asked other teams for help with. We still have 2 months for the next League Meet, so we’ll have lots of time to refine our robot and improve our autonomous. 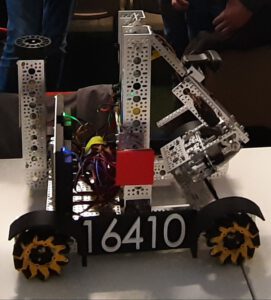 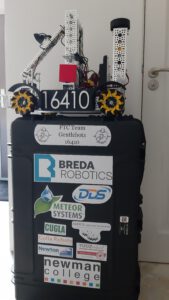 Robot and its suitcase

Busy in the pit 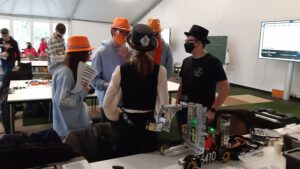 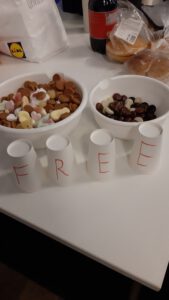 Free candy and food for everyone 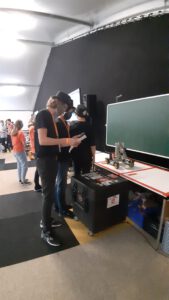 Cueing before the game 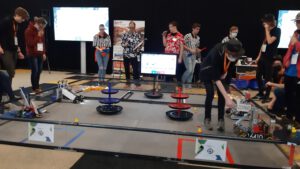 Almost ready to start the game 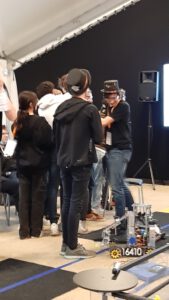 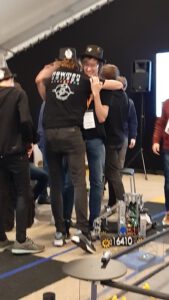 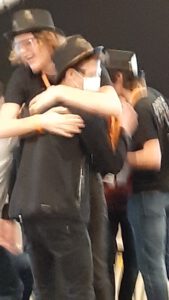 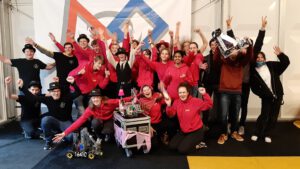 Us, with the winner Pink to the Future, and third place Team Roboni

We would like to thank FTC Netherlands for perfectly organizing this day, and we would also like to thank our sponsors for making this possible for us: 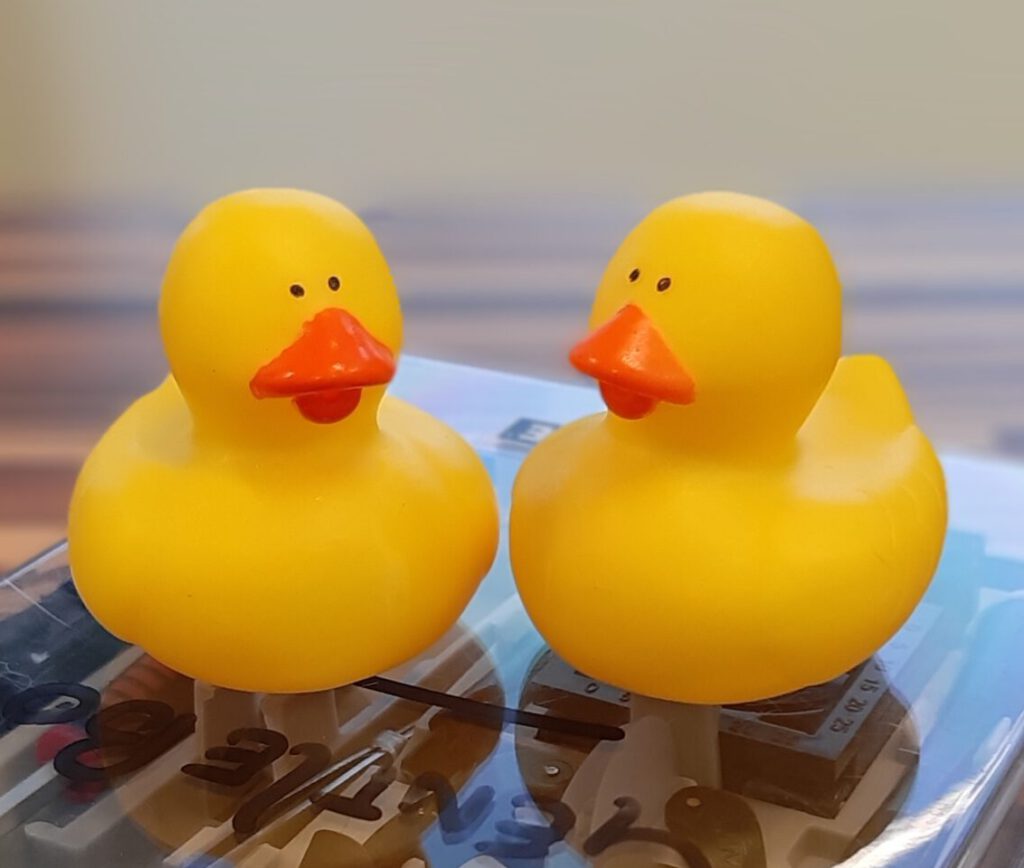