Due to Covid-19, both League Meets were remote. It was a lot different than we were used to in the past seasons, with no other teams around.
Because we’ve been in lockdown for quite a few months, we didn’t have a lot of time to build and program our robot. We couldn’t get into school to work on our robot. But we’re proud to say, that in the little time we had, we did pretty well.

The first League Meet was originally going to be held in The Hague, but due to Covid-19, it was a remote match. We didn’t do too bad, but we found what the main problem was to score points. Our intake system wasn’t working as we wanted. So we needed to work on that before the next League Meet. But we ended in 9th place anyway, so we were quite satisfied.

The second League Meet was today, April 10th. This time we started a lot better and scored higher points than in the first League Meet, so we’re progressing. The intake system worked much better now. We now had more problems getting the wobble goals over in the drop zone in time. Need to work on that if we may go to the Dutch Championship.

Within the next few days, we’ll hear whether we can attend the Dutch Championship, so fingers crossed! 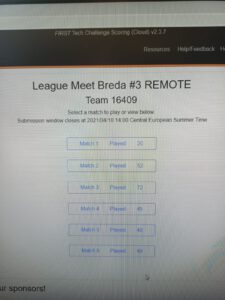 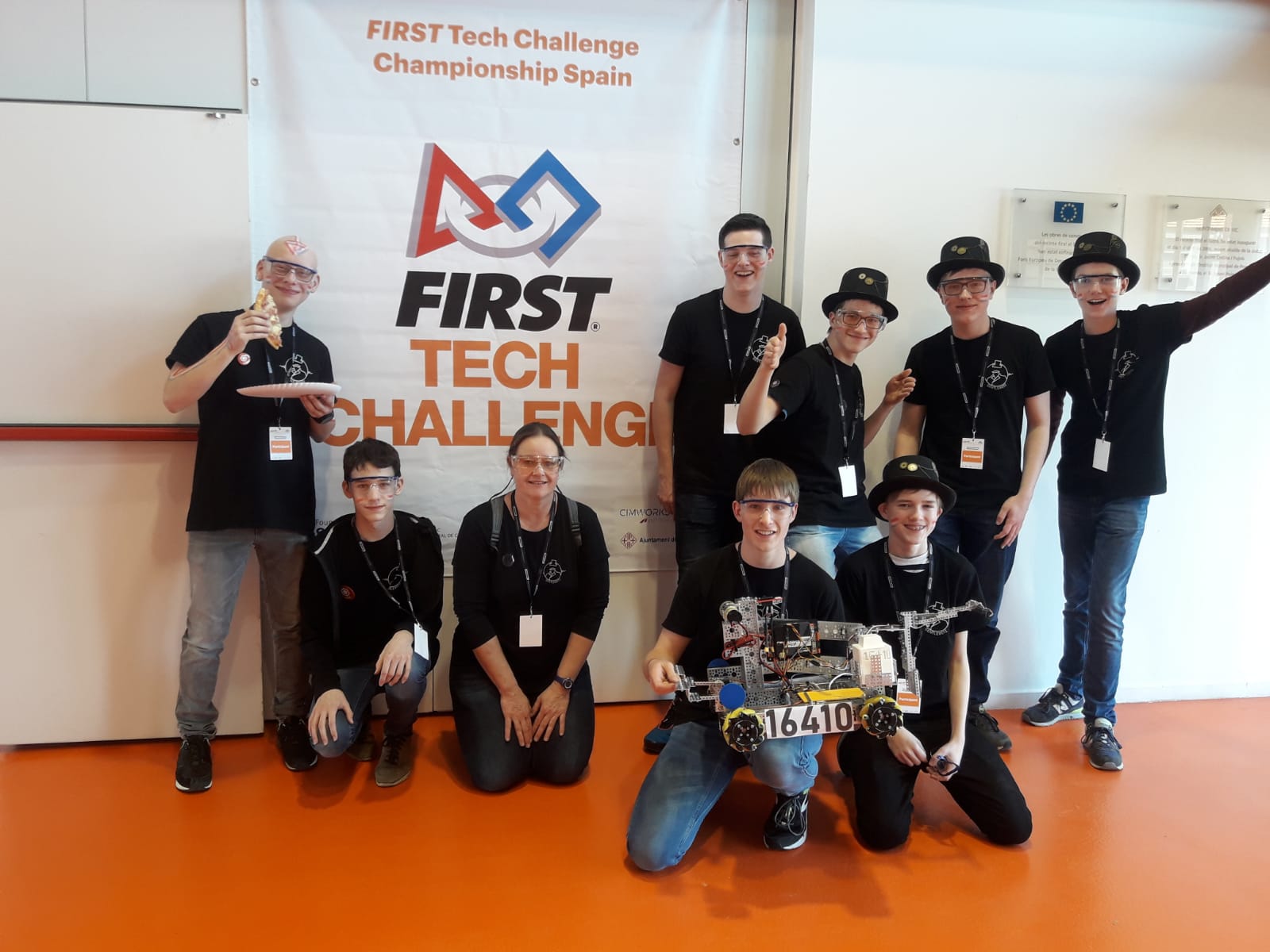